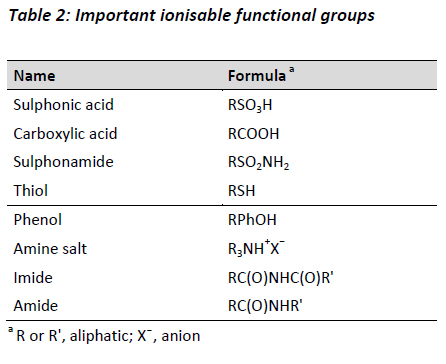 The range in pKa values for a given functional group may vary by many units because of the structural characteristics of the remainder of the molecule. Therefore, pKa is influenced by the electronic and steric effects of substituents on the relatively stable acid-conjugate base or base-conjugate acid couple formed. This can include inductive effects, whereby the position of an electron-withdrawing substituent in relation to an acid or basic functional group can either stabilise the anion of an organic acid or destabilise the cation of an organic base. It can also include resonance and steric effects. It can therefore be difficult to establish general rules for quantifying the effects of structural entities on the pKa of an acid or base function, although there are a number of linear free energy relationships (LFERs) that have been developed to estimate pKa (Liao and Nicklaus, 2009).