Pros and cons of instillation and inhalation 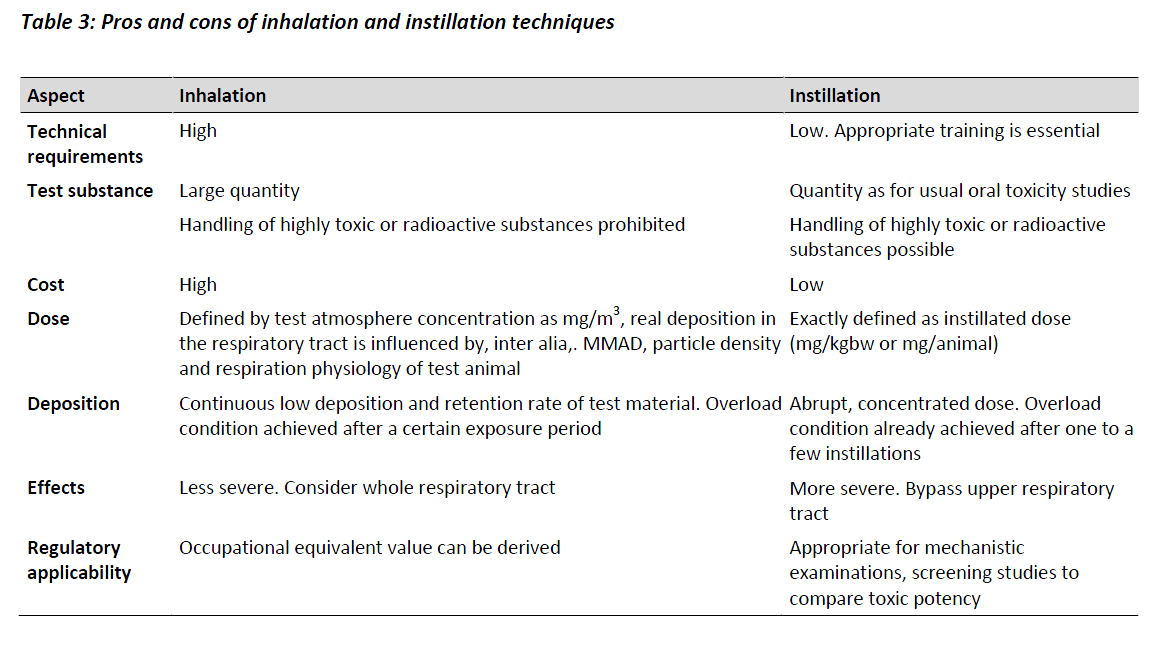 Based on their chemical composition as well as their density, surface, mean particle size and behaviour in water Pott and Roller selected 19 different mostly bio persistent dust samples for intratracheal instillation experiments with 2050 female rats in 43 dose (mostly 2 per dust) and 3 control groups (Pott and Roller, 2002). A total of 5 to 20 instillations (once per week) and a broad dose spectrum between 1 and 6 mg per rat and instillation in most cases summed up to a cumulative dose of 30-120 mg dust per rat lung. For quartz, diesel soot, hydrophobic TiO2 (P805) and Ruß, carbon black (Printex 90), smaller doses were used, however with only the latter one fulfilling the criteria for granular biopersistent dust. Unfortunately, with Printex 90 a dosing errors occurred in the lowest dose group (5x1, 5 mg group) by instillation of additional 3 mg dose of ultrafine titanium dioxide. The selection of the highest and the lowest dose level was based on the lifetime particle lung retention of coal miners’ and women in cities in the last decades, respectively. Each exposure experiment comprised a total of 130 weeks after which the rat lungs were examined for tumour incidence and tumour type (Pott and Roller 2002).