A Task Force set up by the European Centre for Ecotoxicology and Toxicology of Chemicals (ECETOC) has provided new insights into scientific testing for the impact of undissolved particles in the aquatic environment.

ECETOC launched the Task Force in response to increasing concerns among the scientific community, policy makers, and the general public about the impact of particles and poorly soluble liquids in the water environment.

To gauge the risks arising from particulates and poorly soluble liquids released into the aquatic environment, scientists need to assess their potential adverse effects on organisms. They also need to consider the levels of exposure and biological intake that would actually prompt a toxicological response. However, the challenge is that the properties of these materials tend not to fall within the current OECD aquatic toxicity test parameters or systems.

The Task Force reviewed the literature relating to aquatic toxicity testing of particulates, such as nanomaterials (NMs), microplastics (MP) and poorly soluble liquids, and identified the key challenges in how the currently available tests can be interpreted. A key observation is that there is limited guidance available to enable differentiation of observed adverse effects (OAEs) associated with a physical interaction from those due to intrinsic toxicity.

To improve the scientific value of aquatic toxicity testing for NMs, MPs and poorly soluble liquids, the Task Force identified an urgent need to strengthen the quantitative and mechanistic understanding of how particle intrinsic and extrinsic properties, as well as test system extrinsic properties, influence OAEs.

To advance the scientific understanding of the potential impacts of particles and poorly soluble liquids, the Task Force recommends there should be multi-stakeholder discussions to identify and prioritise key research needs and to develop a consensus on how best to assess the risks associated with the exposure to particles originating from commercial activities. The considerations and recommendations set out in the Task Force report can be used as a basis for these discussions. 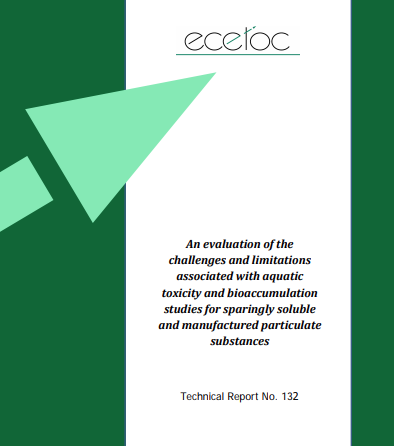