BRUSSELS, 4 May 2022 – In a recently released technical report available here, a task force from the Centre for chemical safety assessment (ECETOC) has reviewed external performance studies of its Targeted Risk Assessment (TRA) tool dealing with exposures in the workplace.

While identifying potential improvements to the ‘TRA-Worker’ module of this tool to increase its conservatism, the task force concluded that it remains a suitable screening tool for occupational inhalation exposure estimation in the preparation of REACH dossiers for chemical substances.

Since 2010, ECETOC’s TRA tool has been widely used by many in Europe to create screening level exposure assessments for REACH dossiers of chemical substances.

The TRA-Worker module provides base estimates for inhalation exposures from vapours released by liquids, as well as from dust released by solids and dermal exposures from all substances, for standardised worker activities. These base estimates can be adjusted for varying conditions, such as ventilation, concentration of the substance in a product, shortened duration of exposure, and use of personal protective equipment.

Over the past decade, the TRA-Worker module’s performance has been studied by several external research groups, primarily for inhalation exposures. They have reported mixed results, so putting into question the validity of the TRA as a conservative screening tool.

The task force therefore reviewed the underlying measured worker exposures of the performance studies published between 2010 and 2020 to determine the accuracy of the exposure estimates obtained with the ECETOC TRA tool. Its review focussed on reports with sufficiently large data sets as these provided more certainty about the existing exposure levels. The review enabled the creation of a high-quality, pooled database for future studies, as well as providing new insights into how to improve the tool.

The task force found that the published external research addressed only parts of the TRA’s coverage of workplace situations. The data on measured inhalation exposure of workers were also found to be of variable quality and completeness. A sizable part of the data came from investigations of workplaces with substandard exposure control practices, such as exceeding occupational exposure limits or having poor ventilation systems, which had been initiated after employees complained of health issues.

Although the published studies contributed useful insights into the performance of the TRA-Worker module, some recurring errors in the application of the TRA were identified which led to the external researchers drawing misleading conclusions. The task force has highlighted these errors and is preparing additional user guidance to ensure the tool is used properly in the correct context.

Most of the scenarios in the reviewed publications indicate that the TRA provides conservative estimates when comparing with measurement data from occupational settings and any claimed judgment on the tool’s overall performance could not be substantiated by the review.

The task force’s Technical Report (TR) is the first in a series of outputs. This includes a manuscript in preparation analysing the curated database; a second TR to report the peak inhalation exposure and dermal data analysis; and finally, adjustments to the TRA to increase its conservatism, based on improvements to the tool that the task force has identified. 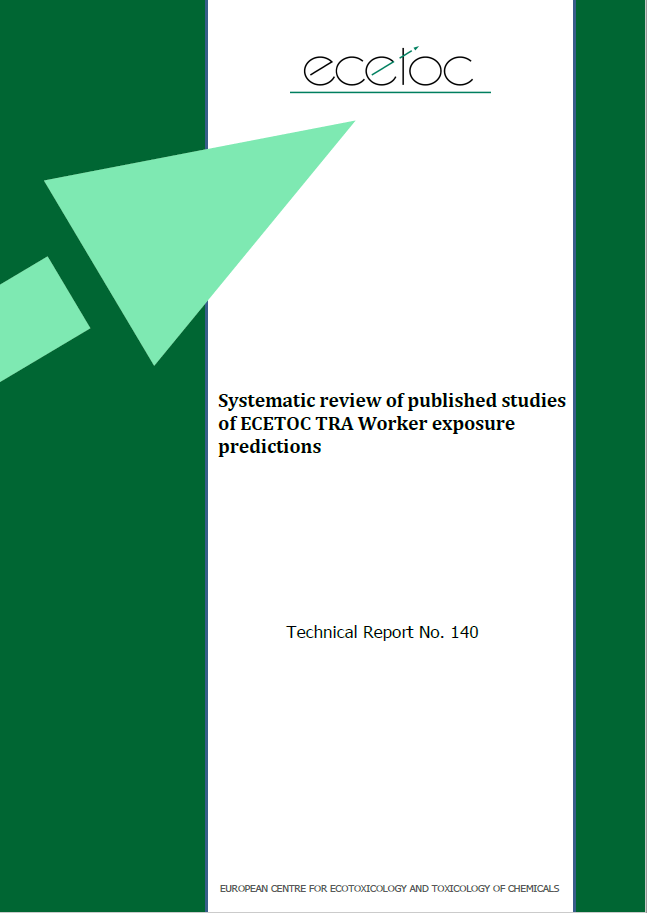