OUTLINE OF THE RESEARCH PROGRAMME

It was agreed to approach testing of the two primary hypotheses through mechanistic MoA models:

Experimental models to be used need to be further discussed but it was considered critical that peri-natal exposure containing specific windows of sensitivity during development has to be taken into consideration. 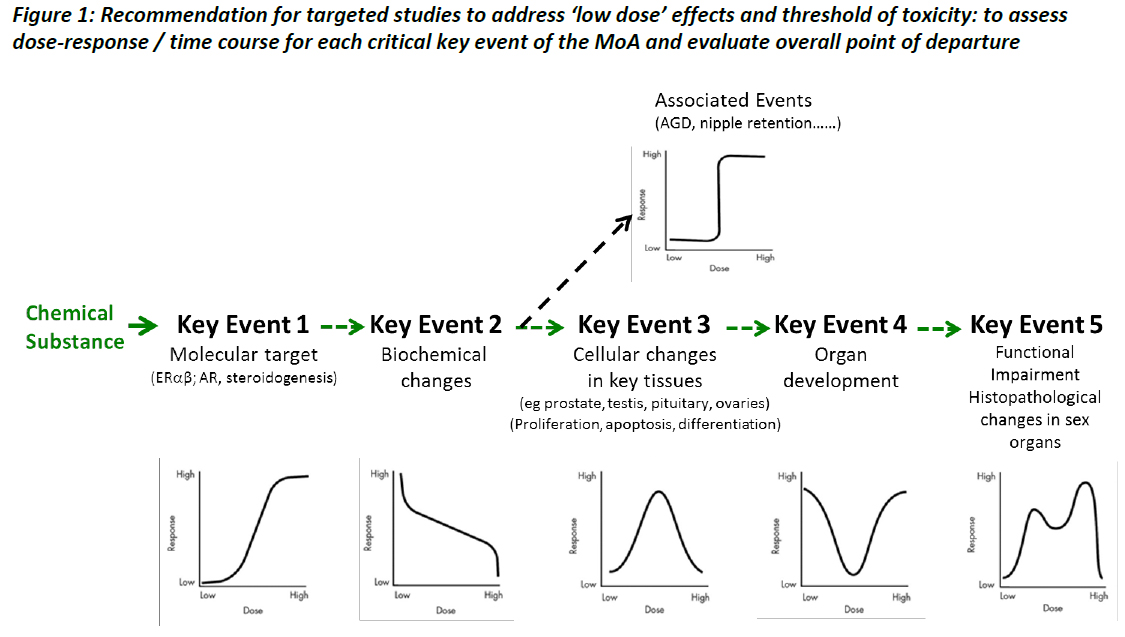 The concept is to first identify the key events (and associated events) of a mode of action which starts from the interaction of a chemical with a biological molecular target and eventually ends up with an adverse effect (e.g. histopathological lesions) . Each key event needs to be fully characterised in terms of dose and time responses. As the objective is to identify any low dose effects, should they exist, a large range of dose levels should be investigated. Particular attention needs to be paid at the low end of the dose-response curve and at potential point(s) of departure on this curve. It is anticipated that mathematical modelling will be needed to integrate all the information generated on the measurements of each key and associated events.

Although fragmented parts of these experiments have already been performed and reported in the literature this concept introduces a system biology approach to the field of ‘low-dose effects’.